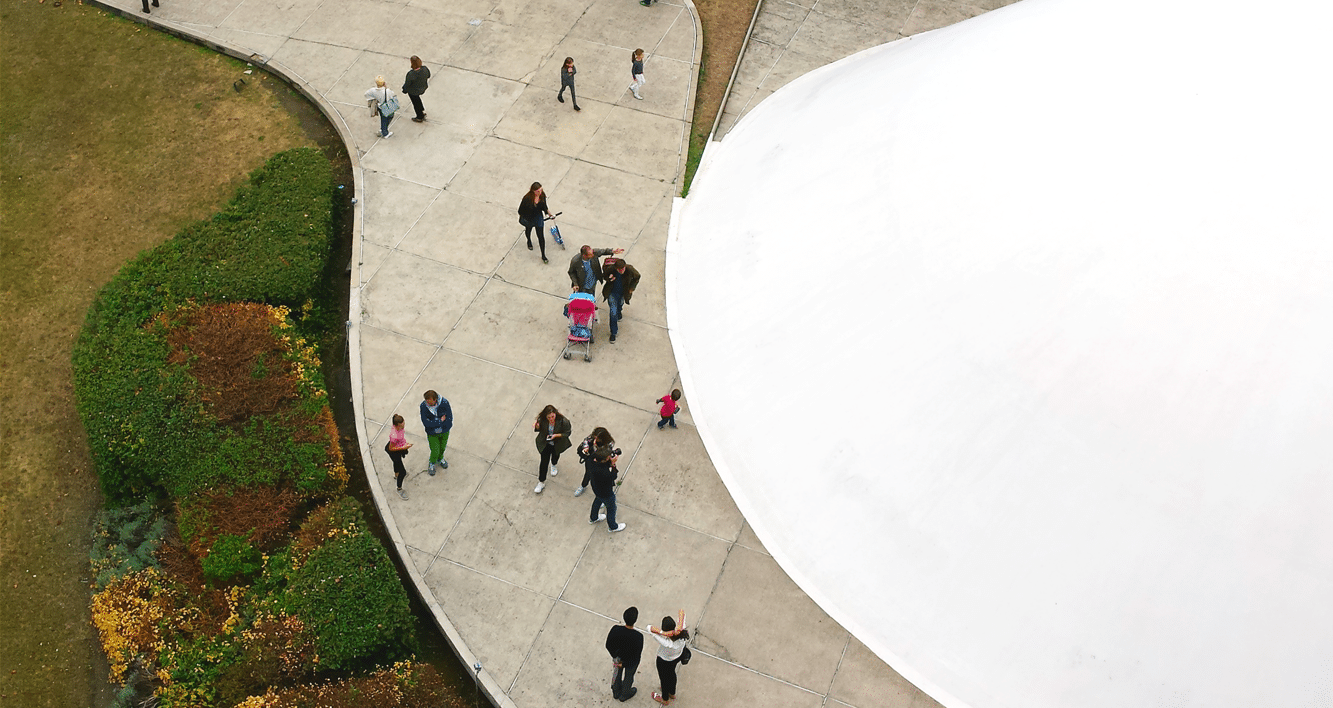 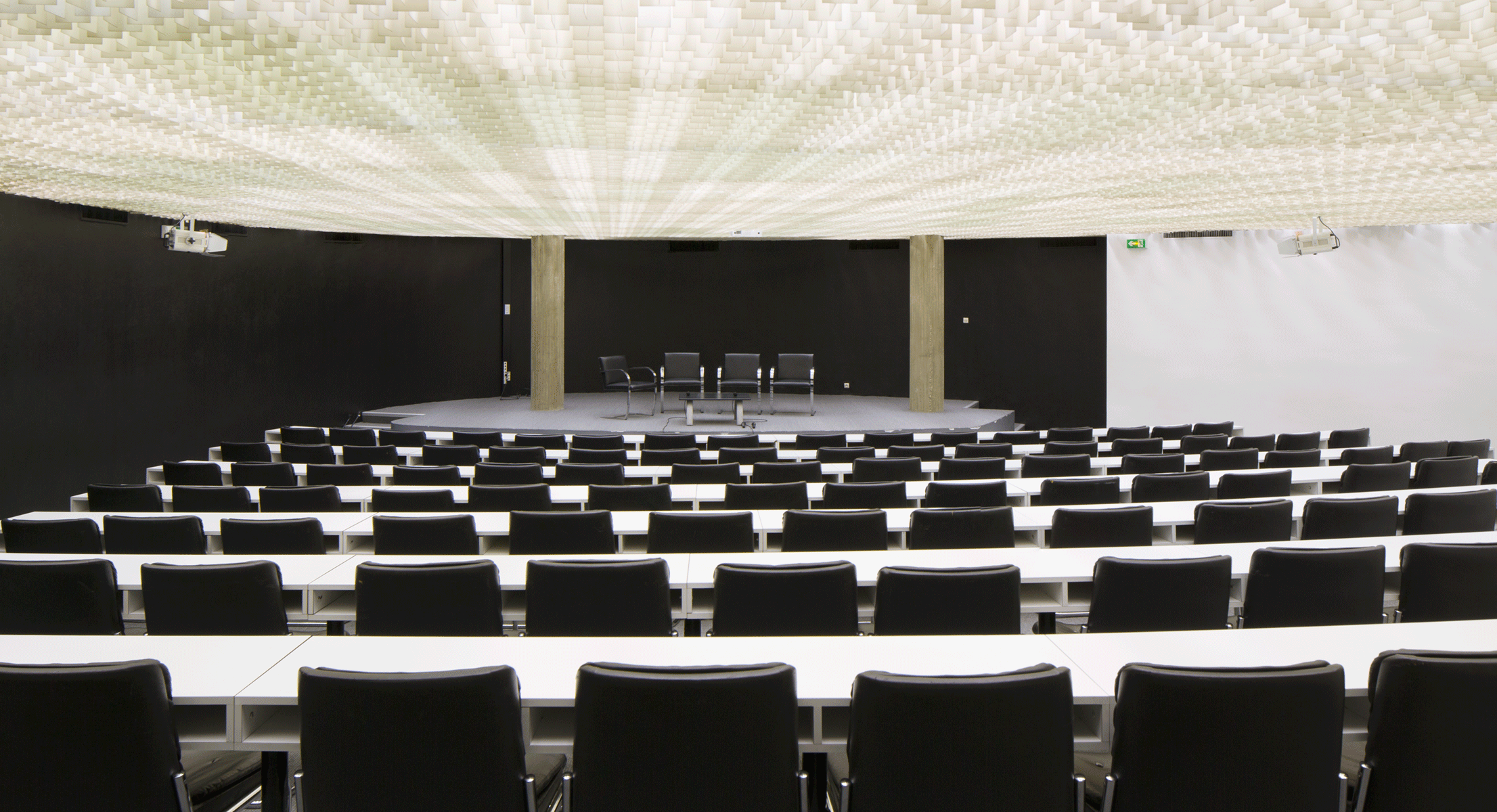 In 1965, the French Communist Party, whose premises were scattered throughout Paris, decided to start building a new seat to accommodate its national leadership. This task is entrusted to the Brazilian architect Oscar NIEMEYER, already famous for his avant-garde architecture and the construction of the capital of Brazil BRAZILIA.

A communist militant, he has lived in France for a few years, having fled the dictatorship in his country. He has notably created in France the cultural center of the City of Le Havre known as «Le Volcan», the Bobigny Labour Exchange, or the former seat of Humanity in Saint-Denis.

Surrounded by Jean Deroche, Paul Chemetov and Jean-Maur Lyonnet, Oscar Niemeyer graciously offered the lines of the Headquarters to the French Communist Party and to the Parisians.  The headquarters will be built in two stages, between 1969 and 1980. The Espace Niemeyer is the embodiment in France of the exceptional creativity of the Modernista movement in the 20th century.It is a demonstration of the technical possibilities offered by concrete, steel and glass that foreshadows the architecture of the 21st century.